Data breaches have quickly become one of the most important factors for any company that’s very reliant on its business tech. If you mishandle or lose customer personal or financial data and it gets into the hands of hackers, not only can it results is the loss of any trust your customers might have had in you. It can also result in some very heavy fines coming your way. The majority of businesses that experience a major data breach close within two years. But that doesn’t mean it’s impossible to handle them effectively. Here are a few tips on what to do in the event of a breach. 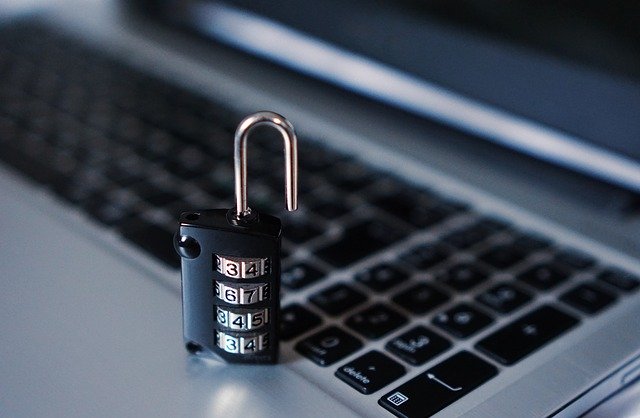 Cut it off as soon as you can

When you’ve been hit by a breach, there’s no time to sit and marvel at it. You have to move to contain it as soon as you can. The aim is to stop anyone who has penetrated any of your systems from moving further in.

How you shut off a hacker/bot from getting deeper into your system depends on how the attack was carried out and which systems are targeted. However, what you want to do is isolate the system that is breached so that the intruder cannot use it as a stepping stone to hop from one system to the next. If you don’t manage to isolate it in time, then it could end up spreading across the whole network. As such, it’s important that you have the means to detect unauthorized access as soon as possible. Data breach detection software is made to do precisely that job.

If you that, for instance, a particular piece of hardware was targeted by the attacker, then disconnecting it from the network as soon as possible is the proper approach. A compromised user account can be shut down or have all access rights removed. The more layered your digital infrastructure, the better your chances of stopping the breach from progressing as you can isolate each of those layers.

When you have the threat locked down, your cybersecurity team will then take the time to eliminate it, such as by kicking the hacker. Sometimes, this might be as simple as blacklisting an IP from a device, but it might sometimes mean a total wipe and restoration of the devices used.

If the initial attack is fully resolved, then it’s time to take a closer look, to investigate what damage it might have done, and to get a full accounting of any data that might be changed or missing. This can take a while, so it’s important to prioritize the data that is most sensitive. Effective data mapping can help you make a note of what data you have, where it is, and how it’s used. It’s a vital step in any recovery process.

Furthermore, you should take the time to get a full accounting of how the attack happened to know how to better defend yourself next time. Be sure to make sure there are no malware left in the affected systems and, if there are, eliminate them.

The investigation process should hope to discover how the attack happened, what tactics the attackers used to perform it, which data was breached and how sensitive it is, whether that data was encrypted, and how (or if) it can be restored.

Discover and notify any stakeholders

As part of your data mapping and discovery, you should have a good idea of who might have been affected by the data breach and those who may be potentially affected. You have to notify them, alongside any authorities who may be involved in resolving the matter. If you answer to any regulatory bodies, then there may be specific steps to follow in notifying them.

When you have discovered who may be affected by the breach, take multiple steps to ensure they are informed, such as email, phone calls, and consider making an announcement to the press. If you fail to inform a client or customer that their data may have been exposed to a hacker, for instance, you may be non-compliant with regulation and liable to pay fees.

It’s important that you communicate when a breach happened, what data may have been lost or accessed, and steps that the affected parties can take to further protect themselves. You may want to make an announcement to the press if the data breach is particularly large and has seen you lose data that is highly sensitive.

It’s unlikely that any business can get on the other side of a breach without some public backlash, but failing to inform those involved will always result in a much greater controversy.

Once you’ve shut down the threat, figured out what data has been affected as well as how the attack was carried out and informed those affected, it’s time for a full-scale security audit. You need to look over what security measures you’re currently following, and to make sure you’re updating them to not only make sure you’re protected from the threat of the same breach happening again but much more comprehensively protected in general.

There are guides to following a security audit available online, and this should be done with the help of a data security specialist. However, it’s important you make sure that the scope of the audit goes beyond what IT security technology you’re using. It should also involve having a robust digital security policy for employees to follow and a check of all systems that are part of the company’s security scope. Since anything from an older version of updated software to human negligence can lead to a data breach, it’s crucial that an audit is comprehensive.

Furthermore, as part of your audit, you should take a look at just how often you perform an IT security audit. It shouldn’t just be something that you do in response to a data breach. It should be a process that the business goes through as part of a routine. Otherwise, you will always be reacting to data breaches, rather than proactively finding the vulnerabilities in your IT security and closing them.

Make sure you’ve updated your security and recovery plan

Throughout this process, you should have gained a good idea as to what vulnerabilities or mistakes lead to the data breach, and what other vulnerabilities might lead to future data breaches. Use this insight to prepare for the next attack, especially since companies that have gone through one attack are likely to be attacked again. This is especially true if those who caused your last data breach succeeded. They may come back for more.

From your security audit and the discovery phase of finding what data was affected and how, you should make sure to incorporate any information into improving your recovery plan for the future.

What this new recovery plan involves depends on what you discover. You might find that you need to update your security policy, invest in new security software, train your employees, or change your relationship to third parties that affect your security scope.

Prevention is, of course, the best cure. However, with the tips above, you may be able to mitigate the damage caused by a breach as soon as possible. Most important is that you act as quickly as possible. The sooner you start taking steps to recover from a data breach, the less impact it’s likely to have. Secure your system, discover what data was compromised, inform those affected, audit your whole IT scope, and update your security and recovery plan.

Aaron is the owner of this social media blog and founder/writer of ShortofHeight.com, a men's fashion blog that shares style & fashion tips for short men. When he is not writing, he's finding the perfect cup of coffee. Connect with him on Facebook and Twitter.