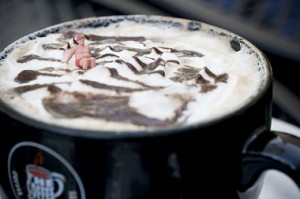 @CoffeeGroundz might look like an ordinary  small coffee shop in Houston, Texas.  However one thing you didn’t know about this local coffee shop went on to be first restaurant to own the title for the first order to go on twitter.

It all started when one of their followers name Sean Stoner (@maslowbeer) send them a tweet mentioning that he wanted pre order breakfast. Here is the real tweet

This was @coffeegroundz reply

The tweet went on to create big buzz and had great response from the twitter community that followed @coffeegroundz. It turns out that many of them wanted to order on twitter. Today @coffeegrounds takes order through tweets and DM’s.

Let’s start from the beginning. Cohen (the owner) started following members of the local Houston area. In the future I will teach you how you can do this. Let’s get back to the story,  in no time Cohen had over 1000 followers on twitter. Today @coffeegroundz have more than 10,000 followers.  Being a naturally charismatic, giving and friendly guy Cohen is. He had no problem connecting and engaging with people on twitter and building relationship with them. Cohen tried other traditional marketing methods like print ads and had spots on radios before they used twitter. However none of them had the same impact like what twitter did for them.

Cohen said that twitter helped him to double his clientele and opened his eyes to a whole new way to build Community.Today @coffeegroundz continues to grow and have tweetups every now and then. Recently they held a tweet up at their coffee house talking about the oil spill. 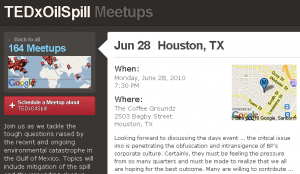 Cohen advices people to be themselves on twitter as it will take them further.

This is a true success of building a community while enjoying a cup of coffee. Hopefully in the future I’ll get them onto this blog to tell us more.

Aaron is the owner of this social media blog and founder/writer of ShortofHeight.com, a men's fashion blog that shares style & fashion tips for short men. When he is not writing, he's finding the perfect cup of coffee. Connect with him on Facebook and Twitter.